If you’re looking for cool but easy to make at home, try making this origami snowflake; It’s perfect for Christmas, winter, or any time you want to add some festive flair! Learn how to fold an origami snowflake with this easy step-by-step tutorial. 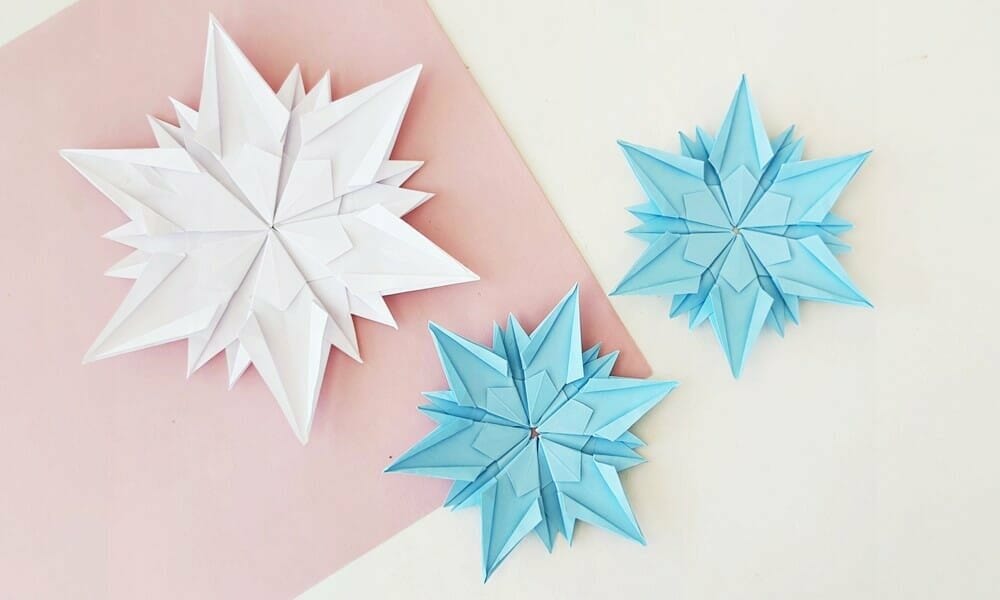 We’re pretty close to Christmas. How are your preparations going so far? Folding origami snowflakes is a fun way to get into the Christmas spirit. They make great decorations for the home.

This origami snowflake ornament is easy considering how difficult the pattern looks, you’ll be surprised when you find out! All you need is some paper and a glue stick and you’ll be good to go. It isn’t 100% beginner friendly, but it isn’t too difficult either.

This snowflake origami project requires paper and glue only, and shouldn’t cost you more than a dollar to craft a couple of origami snowflakes. 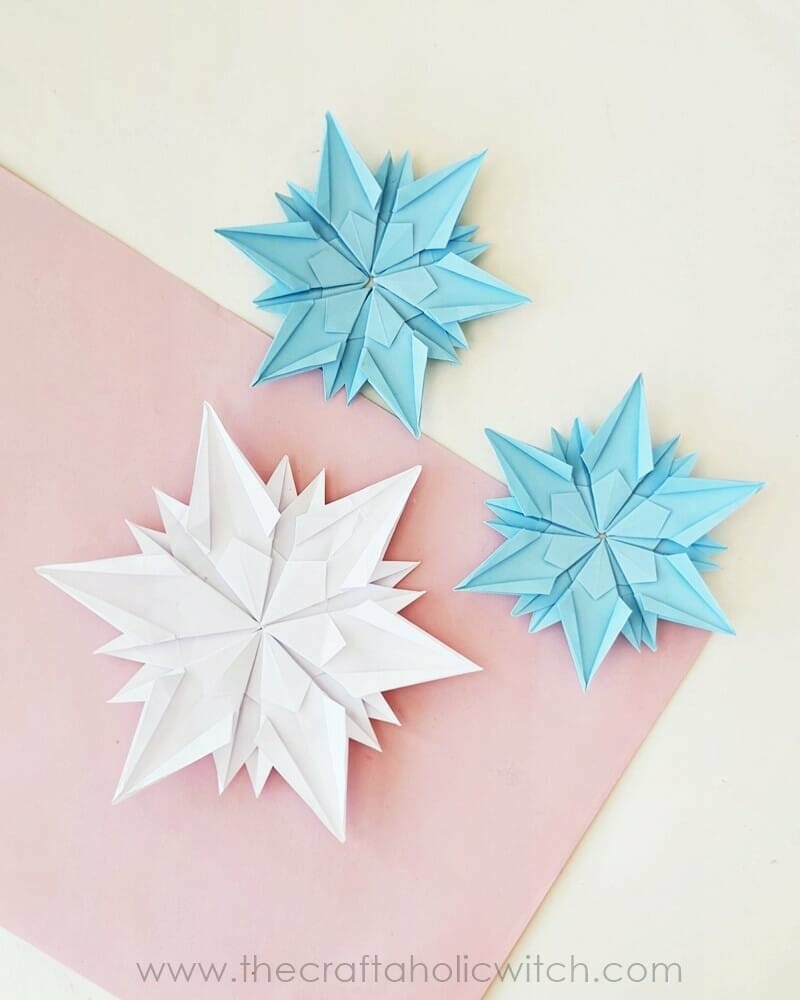 How to Fold a Snowflake Origami

Fold the square sheet in half diagonally. 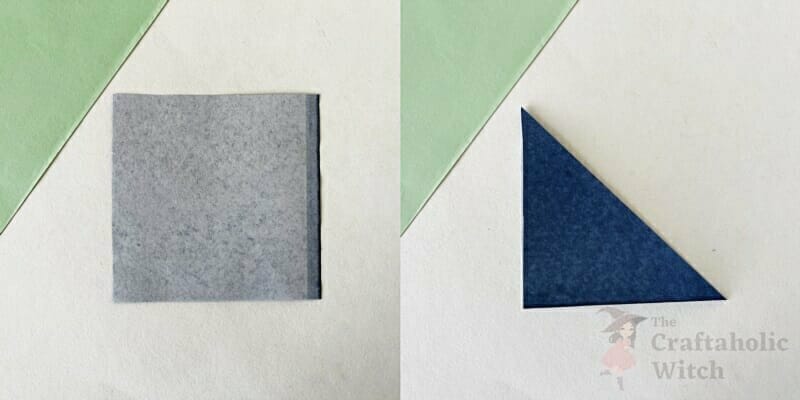 Hold any one of the sides and fold it along the diagonal crease. 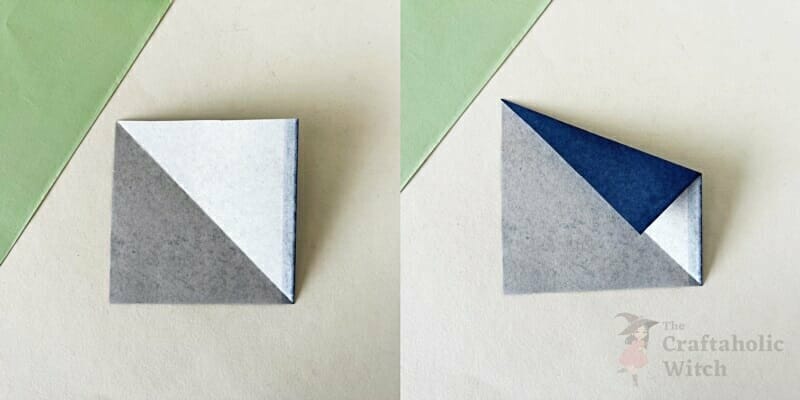 Step 3: Forming the Base Shape

Similarly, fold the adjacent-opposite side of the sheet. The edge of both folded sides should align along the diagonal crease.

Fold in the triangle part below the current pattern. 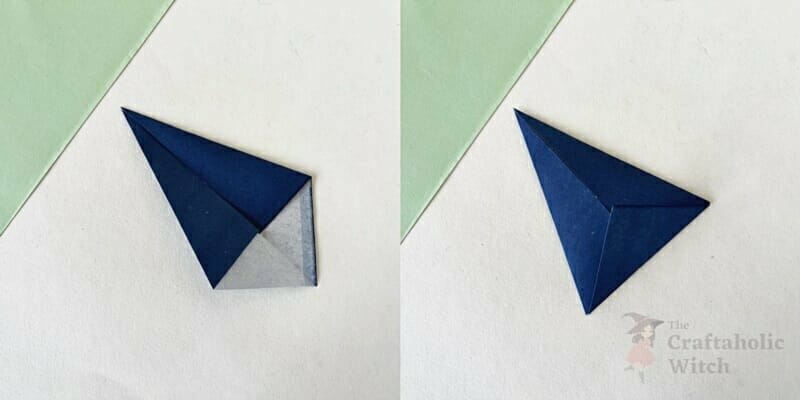 Step 4: Unfold the Base Shape

Unfold the 2 sides but keep the triangle part (on the bottom side) as it is. Fold the half (right side)of the bottom side inwards, folding it 45 degrees inwards. 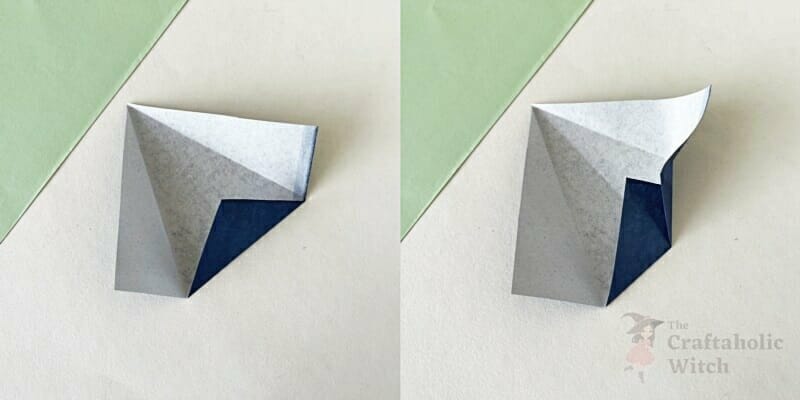 Step 5: Fold the Right Side

This should form a triangle flap in the middle (on the right side). Flatten the flap with the bottom side of the current pattern. 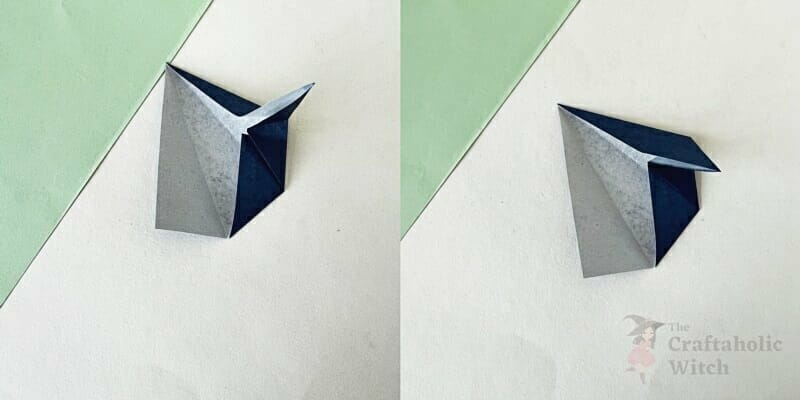 Step 6: Fold the Left Side

Similarly, fold the left side of the current pattern. Use your fingertips to smoothen the creases.

Fold up the triangle flaps. 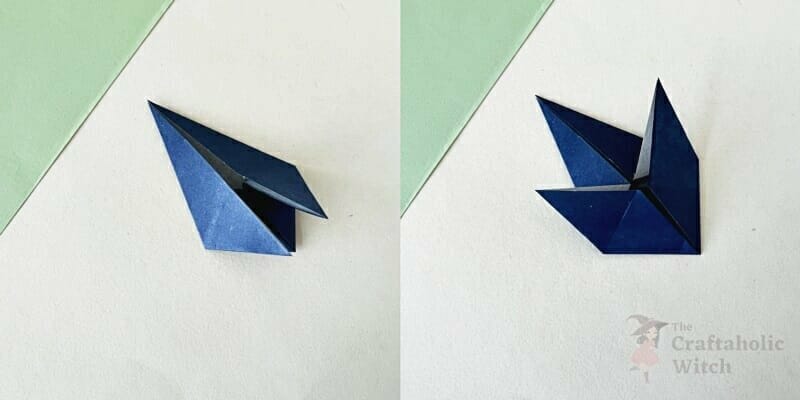 Fold out the inner side of the sides (left and right parts). Fold them in half and align them with the outer edge 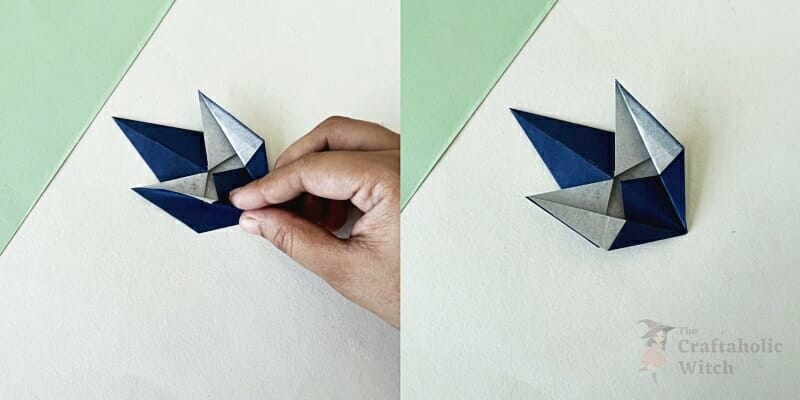 Turn the current origami pattern to the other side. Hold the right side of the bottom part. 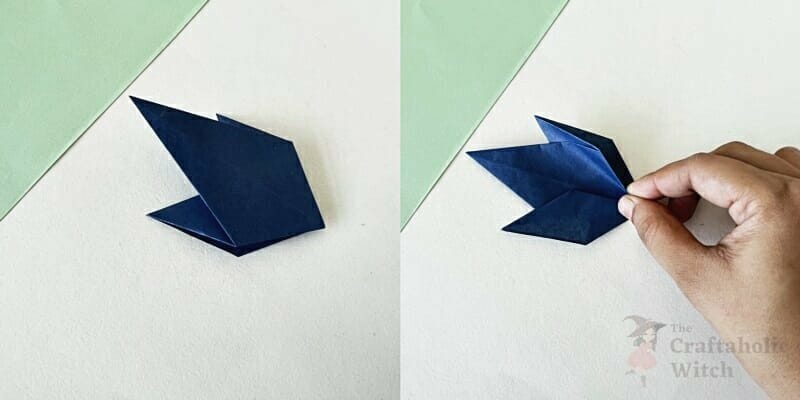 Step 9: Open and Fold the Sides

Open that side and align it with the middle crease of the current pattern. Similarly, open and fold the other side.

Turn the pattern to the other side again. 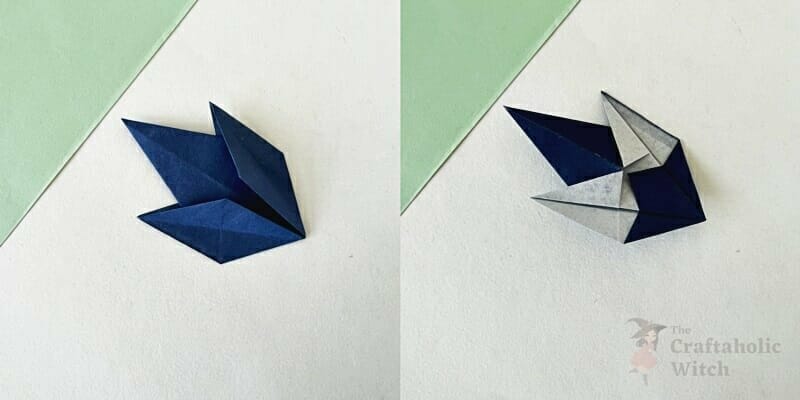 Step 10: Open the Sides of the Middle Point

The middle part of the current origami pattern should have 2 flaps. Open and fold them along the point’s outer edge.

Open and fold both sides of the middle part. This is a point of our origami snowflake, it’s ready. 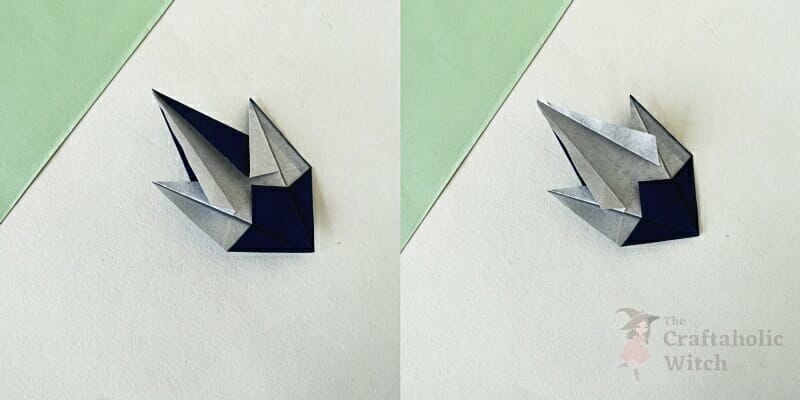 Use glue to join the points together side by side. 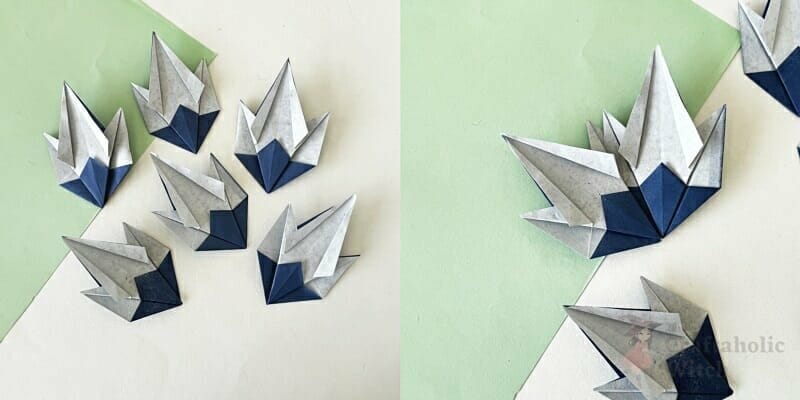 Try to overlap each origami snowflake point evenly, so that the final snowflake looks nice. 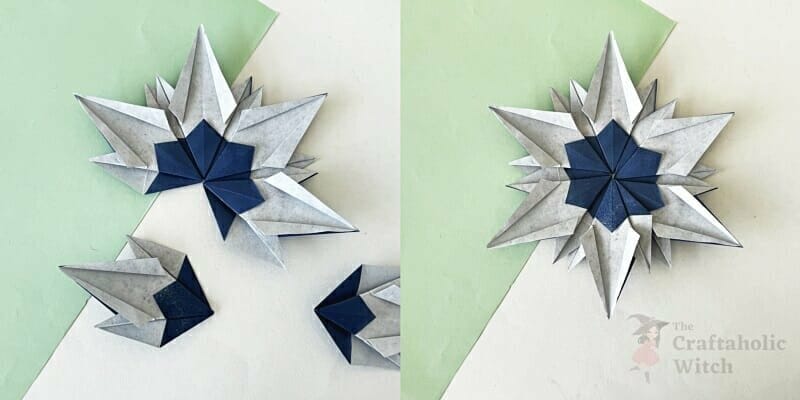 Having difficulty catching up with the instructions? Don’t worry, you can check out the video tutorial on our YouTube channel.

Here are some tips if you’re having difficulty crafting origami envelopes.

Origami projects are always fun and with every new origami project, we learn something new and improve our origami folding skills. We loved coming up with this fun origami snowflake pattern and couldn’t wait to share it with you guys! We really hope that you’ll enjoy the tutorial and the craft too. If you re-create our origami snowflake, please tag us on Facebook or Instagram (use #thecraftaholicwitch). 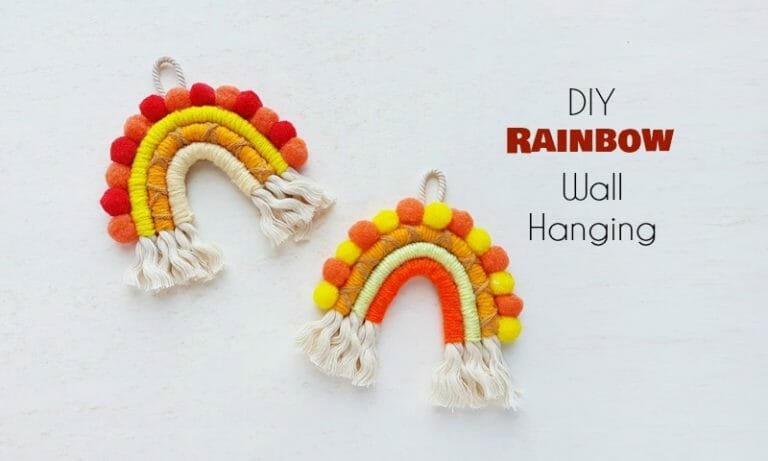 DIY Fall Inspired Rainbow Wall Hanging Back with another Fall craft! DIY rainbow wall hanging is super trendy right now and they can be made easily with some basic craft supplies. I made hand sized macrame rainbow this time, so that I can use them as wall decors as well as bag charms. 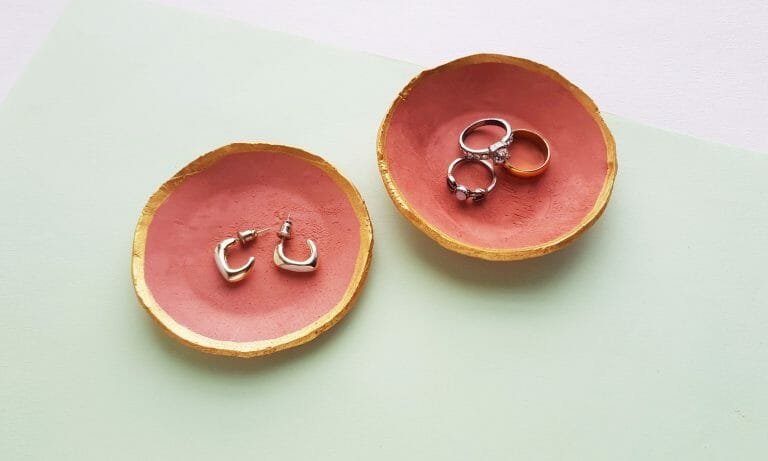 In this DIY Jewelry Dish tutorial, you will learn how to make simple yet beautiful jewelry dishes or bowls, or trays that you can use for keeping things like rings, earrings, nose pins, or any small accessories. Hello there, we’re here today with a really fun clay craft project, a DIY clay jewelry dish. You’d…

Looking for a last minute Easter craft idea? Here’s a quick, inexpensive yet awesome idea! I’m so happy with these planters, they turned out pretty nice, just as I wanted. And now that I’ve started indoor gardening these egg planters can be a great addition to the rest of the planters. 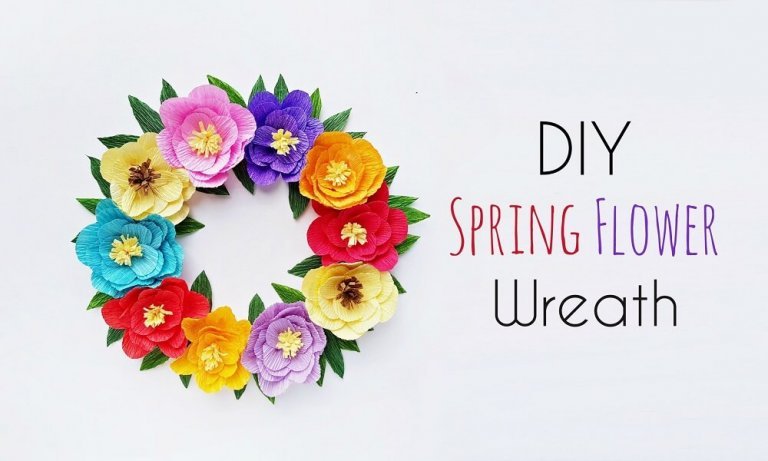 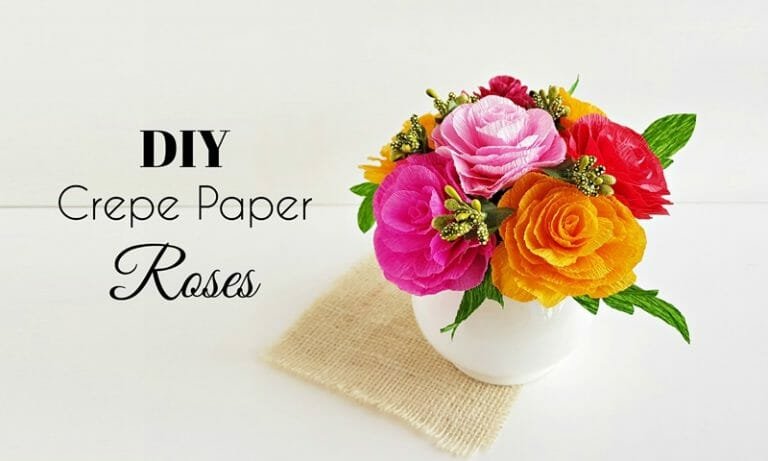 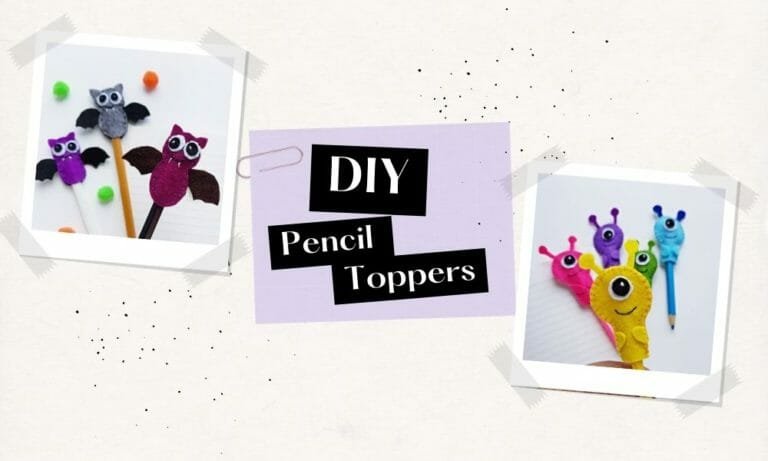